During this time of year, a lot of us (including myself) spend some time reflecting on the previous year and what our hopes and expectations are for the New Year.  Some people (unfortunately not me) clean out closets or file cabinets.  It’s a time of renewal and new beginnings.   Sometimes it’s more than old clothes or papers we need to part with but also old experiences.

I recently had a funny incident with my niece and nephew.  I had taken them to the blue Santa parade (an Austin tradition) the Saturday after Thanksgiving.  I thought as a special treat I’d take hot cider and cookies to snack on during the parade.  While watching the bands and floats go by, I offered some cider to one of the kids.  He quickly said it “smells funny” and refused to drink it.  Well, this kiddo is a picky eater and is known to refuse to eat perfectly good food so I ignored his complaint and gave cider to his sister.  His sister quickly made the same complaint and refused to drink hers.  Now I was getting frustrated.  Being the good aunt that I am, I decided to prove them both wrong and drink it myself.  What do you know….it did smell funny.  Turns out, I used a thermos that I normally used to transport my coffee and what the kids smelled was old coffee residue.  It became clear that the thermos was of need of a deep cleaning.

The whole situation reminded me that sometimes things that have happened in the past can influence our experience in the present.  Though the coffee had long been gone, its influence was still present.  Are there some situations that you experienced this year that need to be eliminated from your sphere of influence so they don’t carry over into next year?  Grudges that need forgiven.  Wrongs that need to be dismissed?  Pains that need to heal?   If so, purge them.  Decide that you are not going to allow them to effect your future.  Take whatever steps you need to take so that any negative experiences from this year do not have the power to take away your joy in the New Year. 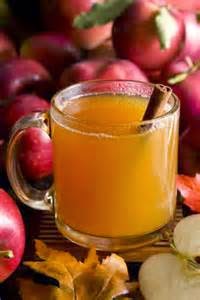