Pollyanna - It's Not Just A Movie - It's A Way Of Thinking

As a client was walking out of my office, she reported “you know some people think positive statements are just Pollyanna”.  I knew what she meant, which lead to a good discussion on productive positive statements vs unproductive ones (which I’ll talk more about later).   The discussion lead to me question what did we mean when we say someone or something is “Pollyanna”?

Turns out, Pollyanna was originally a character in a novel, then later a movie, about an orphan with the gift of an optimistic spirit.  She was able to cheer up even the grumpiest of townspeople.   In the story she has to overcome her own personal obstacles and she does so by finding a way to create a positive perspective in difficult situations.  Today I don’t think it’s used in that way, today we use it as a negative term.  In fact, in several on line dictionaries Pollyanna is defined as “unreasonably or illogically optimistic”.  I think this is what my client was referring to.  Unproductive positive statements go against reality and ignore what our circumstances are.

As some of you may know, I recently had a really yucky summer cold.  It’s only the second time in three years I’ve closed my office due to being ill (the other time it was food poisoning).  It would have been silly for me to be thankful for being sick.  It’s not a good thing that I was sick.  It made me miss appointments, miss fun weekend plans, and took time away from my son.  It would have been totally unproductive for me to think “I’m glad I’m sick” or “Even though I’m running fever, I’m not sick”.  Instead, what I kept telling myself is “It’s inconvenient that I’m sick but whatever challenges it presents, I’ll find a way to meet them”.  In other words, I’ll re-schedule appointments, catch up on work when I can, and not worry about things out of my control (like being sick).  I don’t have to be thankful for being sick to frame my thoughts so it’s not so stressful.  This is productive positive thinking about a circumstance.

You know the saying “If life gives you lemons, make lemonade”.  It doesn’t say, “If life gives you lemons, you have to eat lemons” (and enjoy them).  In other words, accept the circumstances for what they are but work to make the best of them.  In my case, I caught up on several seasons of trash TV that has been sitting in my queue for months that I hadn’t had a chance to watch.  While I would have rather been feeling well, the reality was I was sick and there wasn’t anything I could do to change that.  Giving me productive positive statements about my ability to catch up on work and to overcome challenges made missing work and being ill less worrying.

Good news is that I’m now feeling better and resuming my normal routine.  Next time you face a challenging circumstance, I hope you you’ll remember to keep your thoughts positive AND productive.  I’ll have some difficulty using the term “Pollyanna” in a negative way now that I know the “real” Pollyanna was a great role model for positive thinking! 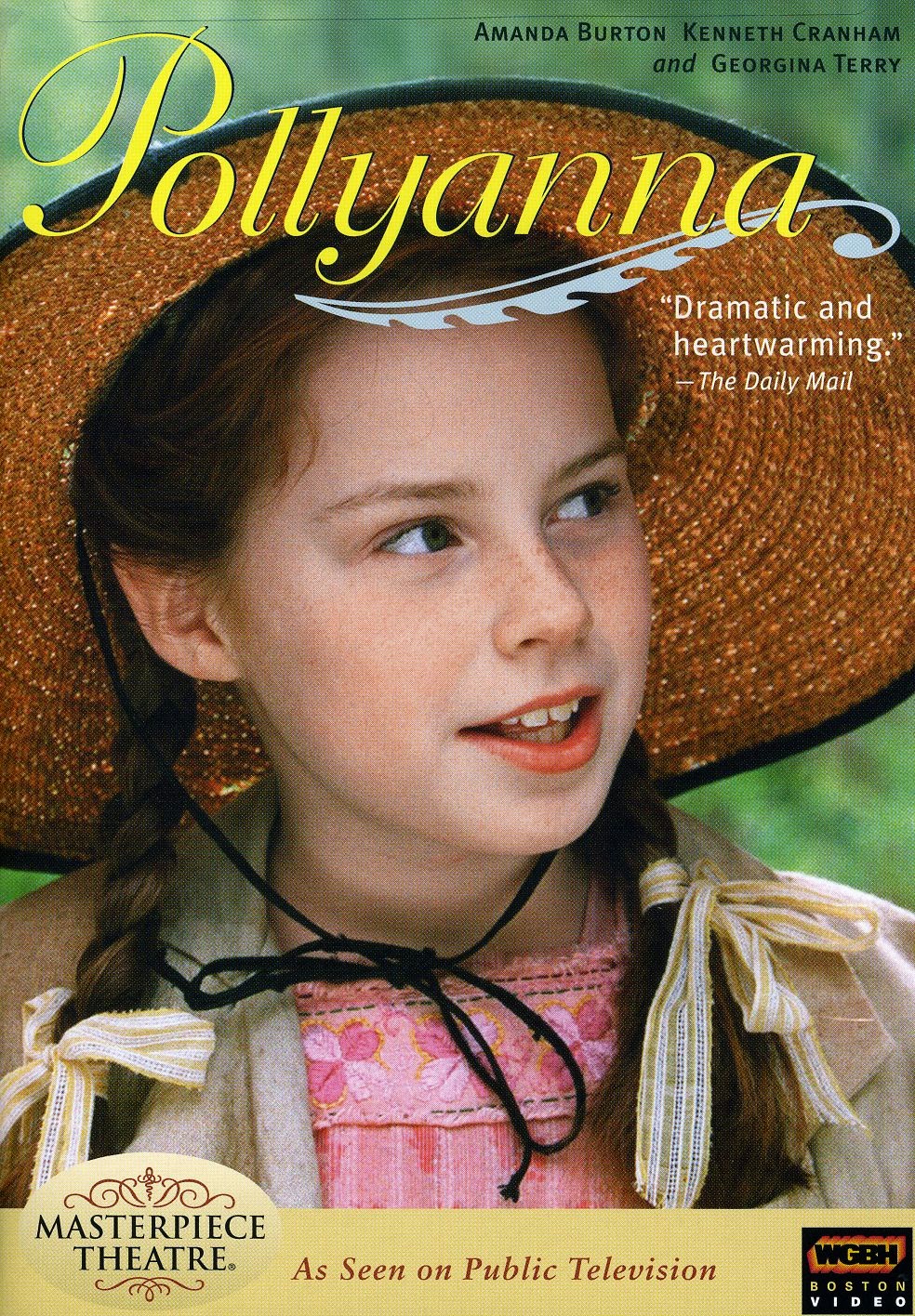 How Many Therapist Does It Take To Change A Lightbulb?

Have you seen those articles that list the worse paying degrees?  Counseling is always on the list, usually at the top.  You’ve never seen a conversation stopper until you’ve seen someone in a group announce that they’re a therapist.   How about the philosophical game where you list a bunch of professions in a life raft and you have to decide with limited resources who can stay and who gets thrown over.  There is usually a hot debate about whether you’d want a doctor or a carpenter, both needed if you need to start life on a deserted island.  There is NO debate about the mental health professional.  We’re tossed over immediately without any debate at all.   There are so many shrink jokes that there are whole websites dedicated to them.  So with that in mind, why is this blog entry about me being thankful for my job?  Because I’d counter that I have the best job ever and I’m incredibly grateful for it.


Kids are brutally honest.  (Sometimes even painfully so.  If I get a new hairstyle, I can always depend on my kid clients to let me know their frank opinion about it).  So, when I tell a kid that my job is to listen to people and help them solve problems, they think it’s the coolest job ever.   I have to agree.  I get to see people overcome obstacles so they can reach goals they never thought were possible.  I get to see a struggling artist leave their day job to pursue the artistic career they’ve always wanted. I’ve held the hand of trauma victims as they’ve found the strength to move forward.  I’ve witnessed couples moving beyond their problems and recommitting to their relationship, parents repairing relationships with their teenager, and a child getting their first A because they’ve learned new tools to help them focus.


While I enjoy being able to be a part of someone’s healing, I also feel it’s an honor to see them through some of their most difficult moments.  I have the privilege of being the one to lend an ear to the employee that just lost their job, to the new mom that’s at her wits end, to the spouse that just buried their loved one, to the gay son who just came out to his family, to the teenager that just found out they’re pregnant or to the parent that just found out their child is using drugs.  While these moments are painful for both me and the client, I feel it’s a huge compliment that they feel comfortable enough to have me accompany them on their journey.


So in closing, I want to thank everyone who has been a part of my journey that has led to where I am today.  I’m incredibly thankful.  And to my clients who have shared their best and worse times with me, thank you for trusting me.   Wherever your journey takes you, I hope that you are in better place having dedicated your time and resources to improving your mental health.  I can't think of a better job.  I can’t close without at least one therapist joke.  So…how many therapists does it take to change a light bulb?  Just one, but it takes nine sessions.  J  Have a great day! 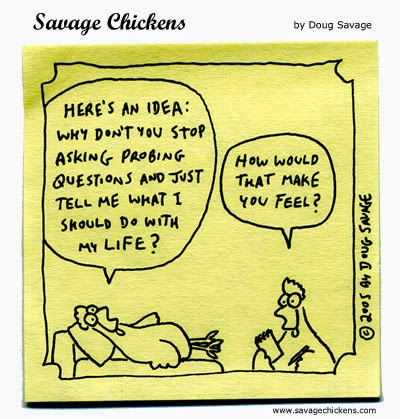 Enlightenment On A Spring

My niece and nephew got me a great gift for my birthday.  It was a stick-on statue of a smiling Buddha, kind of like a bobblehead, for my car.  The box was labeled “Enlightenment on a Spring”.  They know I drive a lot for my commute and they knew it would make me smile.  Now every time I look down to shift gears, etc. I see a smiling fat Buddha bobblehead looking up at me.  It’s hard to be angry, even in the horrible Austin traffic.


It’s amazing how much one thing can change your perspective.  Opra Winfrey a while back promoted vision boards.  A display of photos or pictures that represented what you wanted to incorporate into your life (fun, money, family time, peace, etc.).  The idea being the more you looked at it, the more likely we would feel invested to make it come true.  Or, remember the little starfish is the movie Nemo.  Anytime something stressful happened, she'd say she was "going to her happy place" meaning she was visualizing something better.  The same concept as my Buddha toy, what we see effects how we feel and act.


With this in mind, do you have a vision of what you’d like more of in your life?  Maybe a positive change you'd like to make in your future?  Do you want to jump start your career?  Do you want to make peace with your family?  Do you want more organization in your life?    Is there a picture or scene that would help remind you of that?  Remember, what we see effects how we feel and the choices we make.   If nothing else, if you travel in heavy traffic, I highly recommend a fun bobblehead. 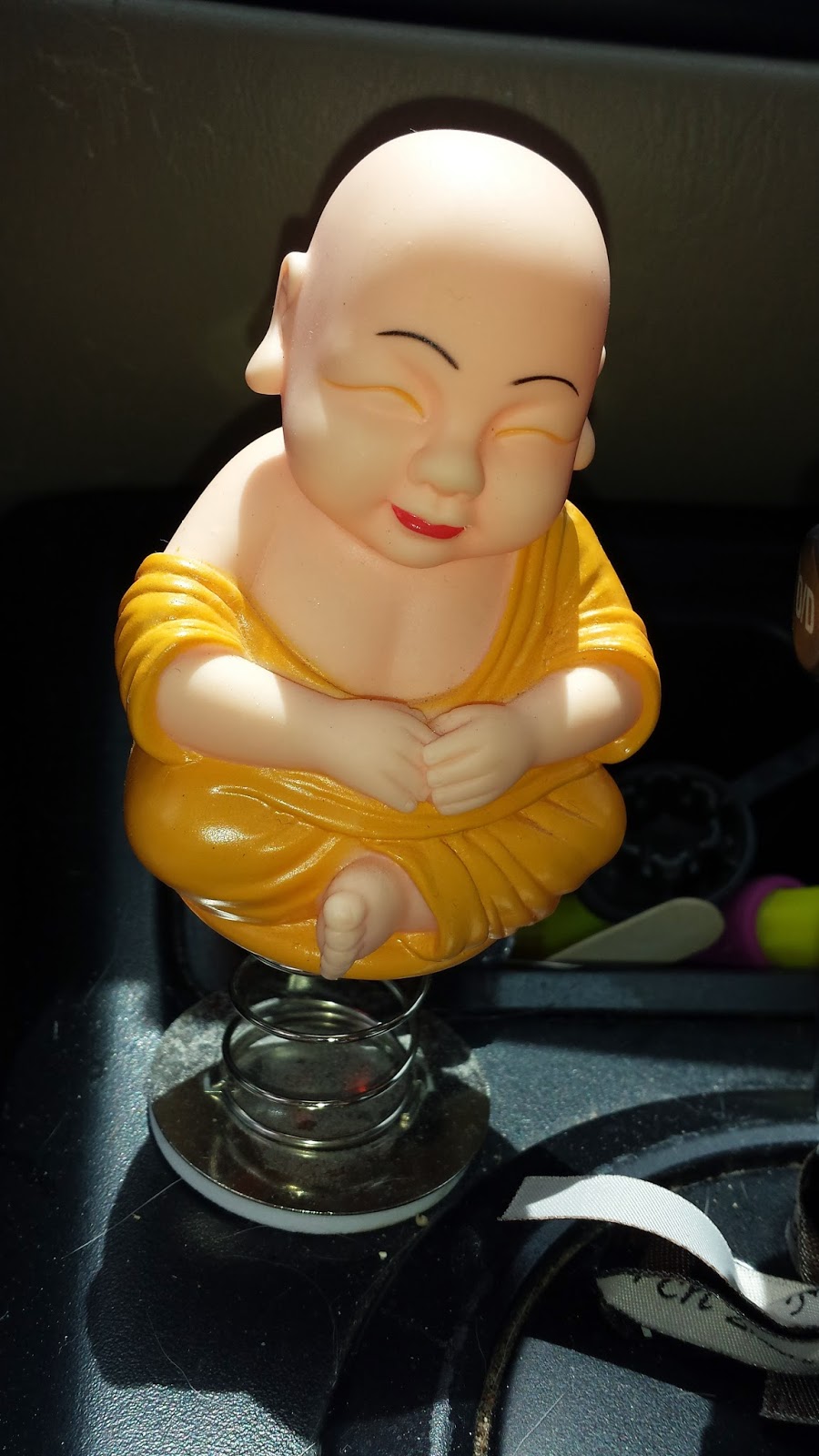